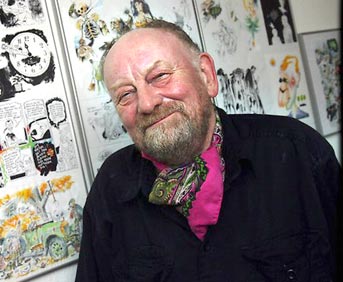 In an investigative report, an Arabic newspaper, published from Saudi Arabia, has claimed that Kurt Westergaard, Danish cartoonist, has died in a fire incident.

The Danish authorities are trying their best to hide his death, who have found no clue about how the fire broke out and why only the room in which blasphemer Kurt was staying had been damaged.

The initial investigation shows that the cartoonist, who committed blasphemy by drawing objectionable caricatures of Prophet (Peace be Upon Him), was provided complete security,

as he had received many threats from across the globe after the Muslims had been enraged due to the repeated publication of the caricatures in the European press.

Kurt Westergaard created a controversial cartoon depicting the prophet Muhammad wearing a bomb in his turbanIn February 2008, three Arab nationals were arrested for their alleged involvement in plotting the death of Kurt.

A Somali man had also tried to stab him to death but the policemen deputed at his house saved him miraculously.

It is worth recalling that the blasphemous cartoons first appeared in Danish newspaper Jyllands-Posten.

The investigative report says the incident took place some days back in which Westergaard was burnt seriously and died on the spot, but the international media is completely silent about it.

The report further claims that some eyewitnesses are also available to testify the happenings. The Danish authorities have so far been unable to find any hint about the cause of fire,

as they had started investigations while keeping in mind some external conspiracy to kill the blasphemer.

According to the BBC, a total of twelve persons were involved in the blasphemous act, but all of them, except Kurt, had opted to go underground to escape the public wrath after the Muslims around the world had participated in protest rallies which were attended by millions of people.

People in Pakistan had also joined their brethren like those in Indonesia, Bangladesh, India and many Arab countries to register protest against the conspiracy to malign Muslims and their religion.

In Lahore and Peshawar, the demonstrators had turned violent and around six persons were killed during the course, while property worth million of rupees was reduced to ashes.

But instead of expressing any remorse, Westergaard went public on many occasions saying he had no regret for committing such a shameful act.

The Saudi newspaper says the death of Kurt shows how powerful Allah Almighty is, as despite the foolproof security arrangements, none was able to save him from his tragic end. 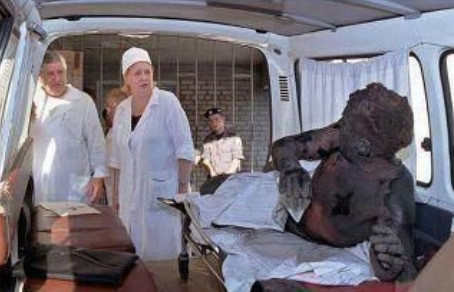